Add a touch of luxury to your home with roman blinds from Blinds 2 Go.

Roman blinds are traditionally a favourite of interior designers, but have now reached a wider market with families across South Australia wanting a window covering option that perfectly matches the elegance of their home. These blinds are crafted from tailored fabrics of your choosing, and are operated using either a cord system or motorisation.

Roman blinds really have stood the test of time, whereby they were first used thousands of years ago in the Roman Empire. Households in those times did not have glass windows, so to prevent dust from entering the home the Romans would use fabric window coverings, birthing the roman blind. Fast forward to today, and roman blinds can be seen in almost every home magazine across the globe.

Popular thanks to the incredible amount of custom tailoring that can be achieved, roman blinds have a few main designs, traditional, flat fold and relaxed. . A traditional blind features large folds that loop over when the blind is raised. A flat fold blind is crafted from one piece of fabric which creates a neat single fold, and a relaxed blind offers a casual look, where the blind drapes loosely when raised. 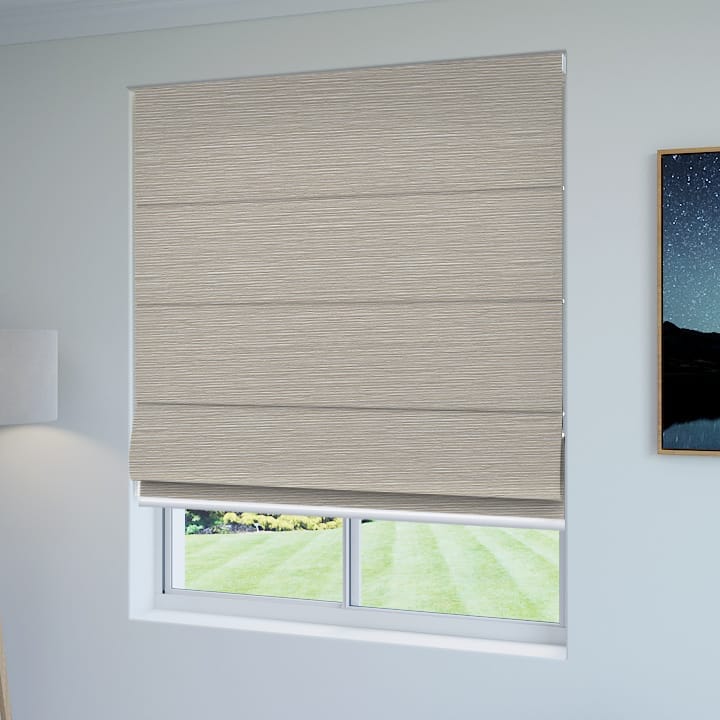 When operated, the fabric folds upwards, creating a clean crease at the top of the window allowing light inside your home. The material can be quite heavy to lift on a pulley system, which is why motorisation is a popular option. As these blinds cover the entire window, they are great for light blocking, making them ideal for rooms which receive lots of sunlight in summer so you can stay cool through the warmer months. Further, this provides additional privacy of your home and contents.

What Makes Roman Blinds A Great Choice For Your Home?

Choosing The Perfect Indoor Blind Doesn't Need To Be Difficult

Speak To Our Team

Talk with our friendly, qualified team who will walk you through the installation process and answer any questions you may have

What Our Customers Have To Say

Great service and always competitive on price
Nick OharaProspect
Fast install and quality product, couldn't be happier
Warren AshbyKilburn
Second purchase from us.Great service from Dean and great price. I just go straight there now.Great job of mums house
Donna MitchellNorwood
Martin and his team are the most professional, efficient and helpful group. They worked with our very short time line to prep our home for sale.
Jen MacKayGolden Grove
Previous
Next

We Do More Than Just Roman Blinds!

If possible, it is best to call us on 0449 910 950 or come into our showroom. Otherwise, fill in the below form and our team will reach out to speak with you further.

We look forward to hearing from you!

Opening Hours
Monday – Friday 9:30am – 5pm
Saturday 9am – 1pm
Other times by appointment